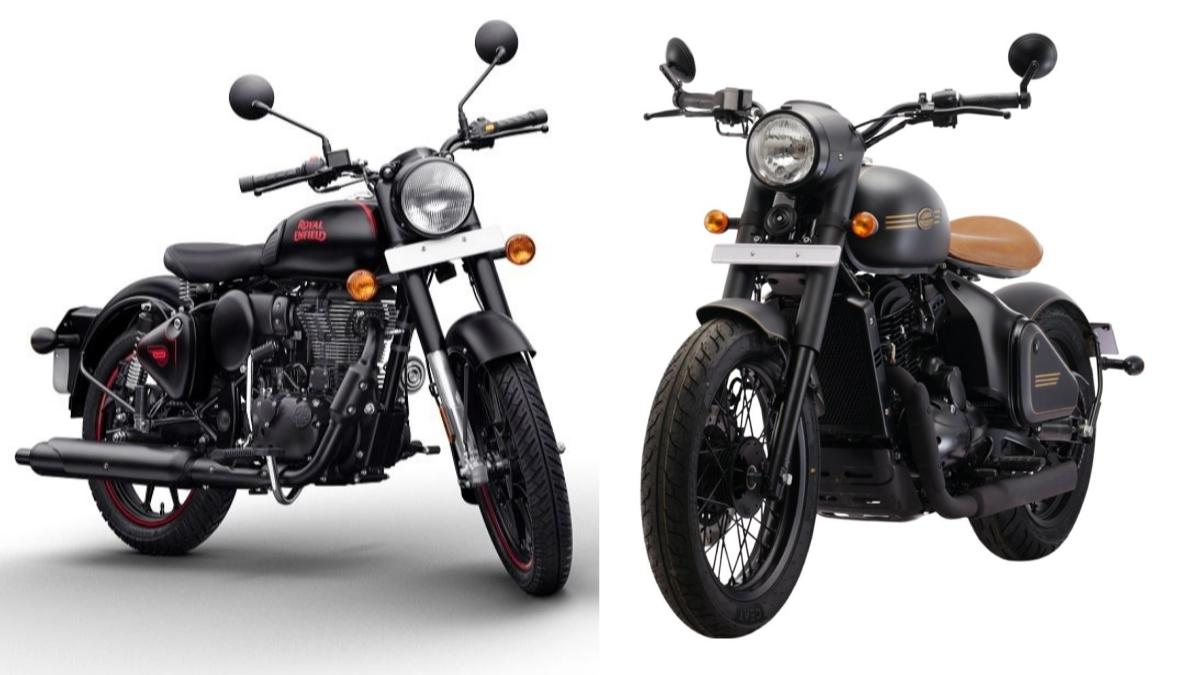 A lot has been written about the comparison of technical specifications and design of both Royal Enfield and Jawa, but in this article I am going to discuss the points that are likely to influence the decision of buyers when they choose between the two legendary motorcycles.

Competing with RE is not going to be easy for Jawa as the legendary bikemaker is a force to reckon with in the Indian motorcycling scene. It takes a lot more than just a good price, a superior engine specs and a classic design to beat Royal Enfield in its own backyard.

Iconic and legendary, RE is much more than the technical specifications it offers. As an ardent Royal Enfield rider I can say this with conviction that the motorcycle has a very special place in hearts and souls of its riders and all those who aspire to own it someday. It’s a feeling that cannot be expressed in words, it can only be felt when you ride it and feel the thump of its exhaust. To sum it up, “Royal Enfield is a feeling”. I am sure that similar is the case with the ardent fans of legendary Jawa.

Jawa is not only back but back with a bang and they mean business. The launch has stirred a debate with respect to its inevitable comparison with another legend that has been ruling the Indian roads like a boss, the iconic RE. Jawa always knew that they are going to compete with Royal Enfield directly, so they have come prepared and launched, not one, not two but three motorcycles, the Jawa, the Forty Two and the Perak (Perak will be available around mid-2019) to take on the Royal Enfield Classic 350, Standard 350, and Thunderbird 350 with premium features and excellent engine specs. Perak being a Bobber has no direct competition in the market in its price and category. Perak surely is a winner at Jawa’s hand when it will be available next year provided Royal Enfield doesn’t launch a Bobber in coming couple of months before Perak becomes available… You never know.

Below are some of the factors that may influence the decision of the buyers who looking to own one of these legends.

I think it’s a wait and watch situation because it’s definitely going to be a battle of giants that is going to benefit riders. It’s good for the bikers that Royal Enfield’s supremacy is challenged as this will result in enhancements in its quality and cut throat pricing which may follow next year.

Also Read  How to increase thump in Royal Enfield?